One more race to go in theory, but our man on the ground says that thunderstorms are forecast ….. 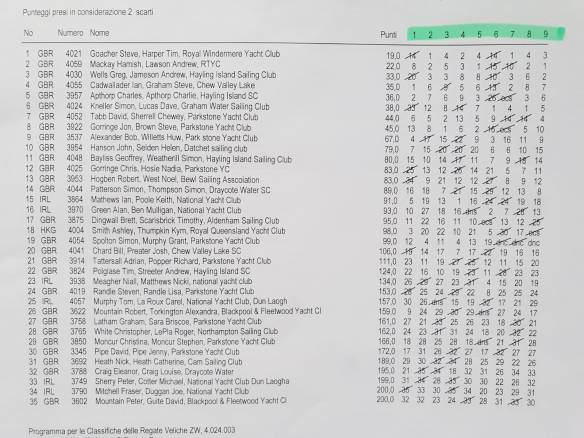 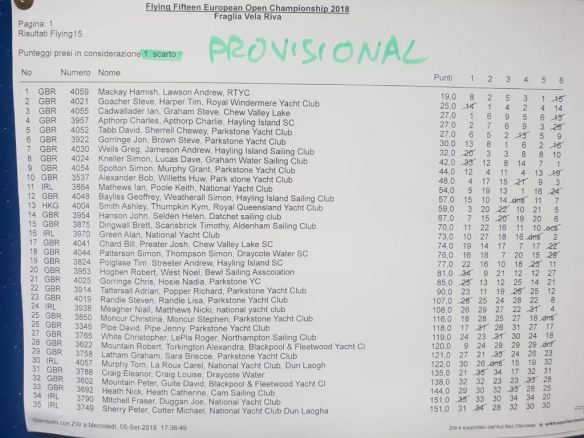 Garda is a fabulous spot – have you been?  It’s spectacularly lovely …. but a blinking long tow.  Plus I think you have to have one of those stripey square signs on the back.

Anyway – is there a better way to do it?  Well think about the joy of towing from Ireland !!  This is how the Irish are doing it – click here to read 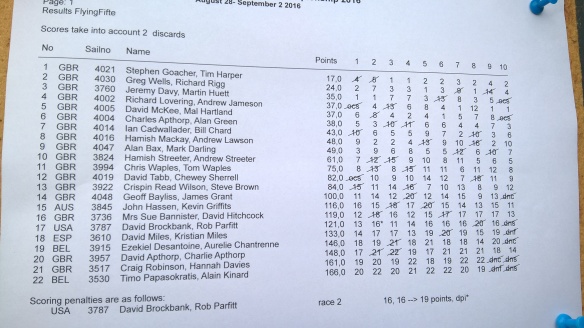 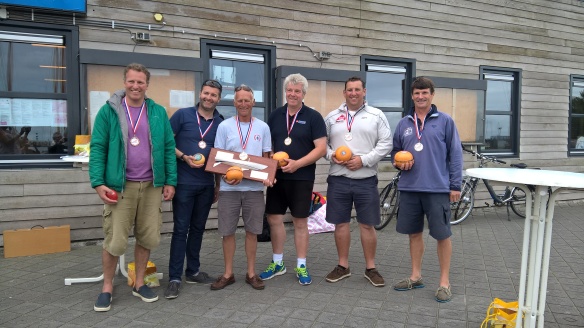 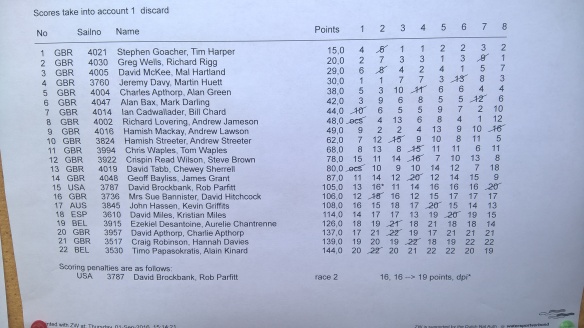 We arrived Medemblik yesterday. Kev and Bev flew into Amsterdam on Friday and Leonie and I have put in a couple of big weeks eating and drinking in France in the hope it will be a windy regatta and an old fat bloke is required down at tactical HQ at the back end of the boat.

After rigging the boat yesterday it was a bit late to see if we had got all the bits and pieces in the right spots, so the finally tuned athletes went to the bar to have a few beers courtesy of the Exalted One, Grandpa Grand Pooh Bar ( aka Rookie FFI International President). I am not sure he knows about his shout for everyone but Greg Wells said it was OK to enjoy ourselves which we did.

Over a few Heineken’s Kev and I decided to agree on our regatta training program (in summary it was to get the shopping done with the ladies in the morning and get to the start of the first race before the five minute gun) and to agree on regatta objectives. The regatta objectives were a bit more difficult and so we agreed with 22 top performing boats we should aim for a top 20 finish. Hey if we achieve it we can say we finished in the top 20 boats in a European Championship and not too many other Australian Flying Fifteen sailors could boast such an outcome!.

As the only Australian boat we naturally decided we should aim to be the best performing Australian boat. Another tick! On looking at the entries most have GBR on their sails so we want to beat at least one or two Poms as we are sick and tired of hearing about team GBR. The only other foreigners are people from Spain and Belgium and they look like nice people so we are not sure if they should be targets for team Aussie. 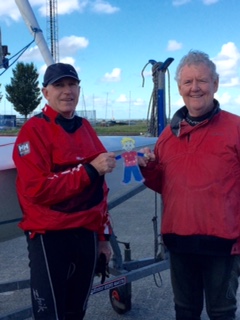 We also decided we could do with another crew member and so enlisted the help of “Flat Stanley”. Please see attached photo.

Unfortunately “Flat Stanley” was worth 10 men ashore as he kept trying to help Kev at the gybe mark where we lost 5 places in each of the first two races. We plan on taking the flat man out for some gybe to gibe training before tomorrows races.

We ended up with a 16 and 15 today and had our moments being in the top 5 in race two around the first couple of marks before Flat Stan tried to help Kev with the kite.

I think the idea of the Isle of Man is great, a new venue to visit. The key to boat numbers will be the cost of the ferries. 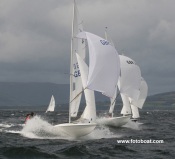 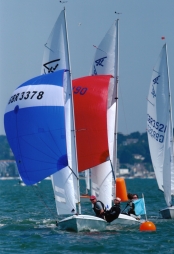